The fainting maroon paint was chipping off the old wooden beams of the Savu Ravintola. Situated on the Tervasaari Island, this cozy restaurant was the closest I could get to a Finnish cottage, or mökki as it is known by the Finns, without leaving the city centre. As I waited for my smoked salmon with baby potatoes sprinkled with dill, I watched the nearby water slowly caress the sandy shore. 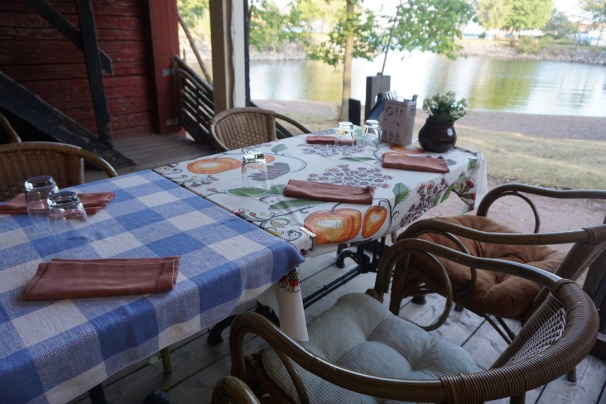 As I was watching the slow fluttering of the white canvas of a sailing boat swaying on the gentle waves of the gulf of Finland, I began to reflect on the passing summer days. There was something distinct about the Finnish summer. Having spent the last few summers mostly in London, I had grown accustomed to the notion that summer was inherently associated with the weather, and aside from the few hot and sunny days or an occiassional brutality of a heat wave, life just carried on the same way as normal. In Finland however, summer seemed to have less to do with the temperatures –  it was a state of mind. Here summer was a time to celebrate life, to spend time with the loved ones, enjoy the nature, relax and simply be.

Regardless of the weather, Finnish summer was the time of baking sausages in the camp fires, kayaking, sailing, eating blueberry cake, hiking through the birch tree forests and swimming in the lakes by the summer cottages. In a country where approximately every 5th person has a summer cottage, it was customary for the city folk to move into the wild for the duration of the summer. Even those who were not lucky enough to have a mökki of their own, usually rented a cottage or joined their friends and family. In Finland you were never too far from a cottage you could visit. 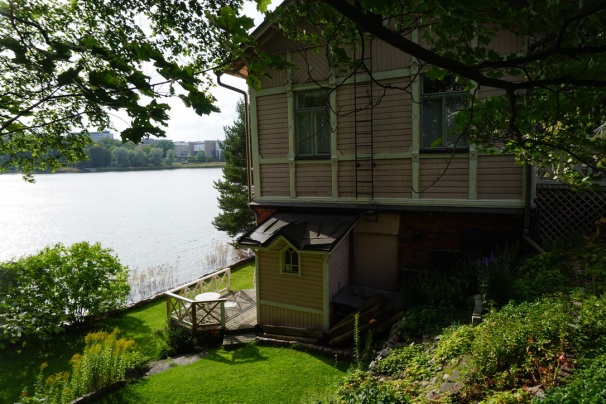 It wasn’t this national obsession with summer houses however, that was most surprising about the Finnish attitude to summer, but the seriousness with which the whole country seemed to take it. From the beginning of July, Finns migrated into the wild on mass, leaving many companies closed for the summer as their employees embraced their month of utter bliss. With everyone’s inbox producing an out of office message, there was no worry about unwanted emails or issues raised by colleagues nagging one’s head during their summer rest.With four weeks off, Finns had a chance to truly recuperate and switch their minds off. It was a month of reading, spending time with friends and family, preferably out in the nature.

To someone who hasn’t had an entire summer off since her school days, the idea of an entire month off has never even occurred as an option. Like most of my colleagues I would split my annual leave throughout the year, hoping to have a few little pockets of peace dotted across calendar. Looking at the rested faces of my Finnish colleagues however I began to wonder – was I doing the summer wrong?

There is something very important for our mental wellbeing in taking time off. But it has to be time spent the right way. Continuously checking mailbox or logging in “just for a minute” does not allow our brains to switch gears for long enough to sufficiently recuperate. We need to be able to really leave our work behind for at least a couple of days to start seeing the benefits of taking a break. With most people I know, myself included, taking between 5 to 14 days off at a time, with significant portion of this time spent traveling to and from our holiday destination, we never truly allow ourselves to fully recover. By taking all the annual leave at once and spending most of it locally, Finns are more likely to make the most of their summer breaks, leaving the rest of us wondering why we are still so tired.

Celebrating the summer in Finland is not just about taking time off however. Even outside of the holiday season, Finns have a set of tiny traditions that they cultivate only in certain seasons, many of which are related to their loved one and food, such as spending their free time berry or mushroom picking with their families or preparing delicious, seasonal dishes, preferably with the hand-picked produce and with the help of a loved one.

Thinking about the family and fruit picking reminded me of the holidays I spent in the countryside when I was little. Every summer, my grandparents would pack into a car filled with bags of food and all the stuff we would need for the next few weeks. We would then drive to a tiny village in central Poland, where my aunt lived in a wooden house in the middle of the forest. Soon after the arrival we would each develop our own little rituals – I would walk across the meadow every morning to a local farmer to get fresh milk for the breakfast after which me and my grandpa would take my aunt’s dog for a long walk, usually stopping by the neighbour’s house to chat and have tea. As the evening came, I would read in the hammock suspended between tall pine trees while my grandpa carved wooden toys for me to play with and grandma gossiped on the wooden verandah with my aunt. We would spend days living life at a slower pace, just enjoying summer and each other’s company.

Looking back at those memories as I sat in the restaurant on a Finnish island, I could relate to the Finn’s obsession with celebrating the summer the proper way, but I also felt a pang of disappointment that somewhere along the line work seems to have taken over my life, dictating what I can and cannot do, determining how and where I spend my summers. Maybe it was not just the time off, but also the freedom to choose how to spend it, that contributed to the healthy glow on my Finnish colleague’s faces?

It might be too late to plan my summer now, but it isn’t too late to learn my lessons. In the beautifully Finnish way, I can celebrate each season to its fullest, eating the local food, cultivating little rituals associated with the particular time of the year and noticing the splendid beauty of the world around me by spending time outdoors regardless of the weather. It might be too late to design my summer, but I can practice for next year by planning my Autumn and Winter, celebrating them to the fullest.  After all, if there is one thing that the Finnish summer has taught me is that it’s never too late to design your happiness.