A journey to self-respect

“There are five levels of respect in Cambodia. The first, most basic kind, reserved mostly for peers, is the simple gesture of putting hands together against one’s chest while slightly bowing the head. If you want to show your respect to someone who is higher than you in terms of their social standing, the same gesture, known as sampeah, is performed but with the hands brought higher and the bow deepened. The more respect you want to show someone, the higher the hands and the deeper the bow becomes, with the fifth, most respectful level reserved for prayer”. As Mr.Bun, my tour guide on the short trip to Angkor Wat, was explaining the importance of displaying the right level of reverence to others, I began to feel uncomfortable. What was meant to be a small lesson in local customs, triggered in me a reaction I did not anticipate, but which I badly needed at that point in life.

My visit to Siem Reap was a fairly spontaneous one. I had been staying in Bangkok on business, working long hours and desperately needing holidays. Except for the occasional client dinner at a nice restaurant and some sightseeing over the weekend, I had hardly any chance to put my wanderlust into practice and the initial excitement of being in Thailand soon began to give way to the “all work and no play” scenario that I knew all too well wasn’t leading to anything good. I was becoming the person I feared of becoming. Someone working excessive hours, constantly worried about the reaction of others and putting everyone else’s needs ahead of their own. I kept on taking all that life kept on throwing at me in my stride, but I knew I had to do something and do it quick. And so I booked my ticket to Cambodia. 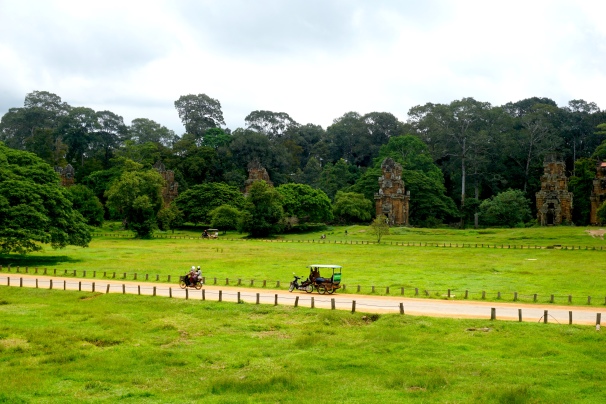 Even though the flight from Bangkok to Siem Reap was only an hour’s long, it felt like I was miles away from my previous frame of mind. Tiredness gave way to excitement and bitterness was replaced with the pure joy that only traveling to a new place can bring. I was taking a break from the life that weighed me down to create one that made me feel awake again. In Cambodia, everything was easy. The arrival and visa process went quickly and within just few minutes I was outside the small airport, following the driver sent by my hotel to his tuk tuk. As I sat in the wooden autorikshaw, speeding through the empty streets of the town for the first time in a long time I felt free.I was in charge of my destiny and it took just one decision, one ticket, to find a way back to myself.

The next day, I took my time enjoying a slow morning before heading to Angkor Wat. As I walked through the jungle swallowed ruins of the ancient city, I couldn’t help but think of what remained of it. Once powerful and impressive, it was now struggling to stand tall, attacked by time, nature and the demands of people around it. While the jungle and tourism fought over it, Angkor was still gracefully holding on to its past, to everything it once was and could someday be again.

Like the city around me, so was I being claimed by fighting forces in my life. I was being taken over, overgrown, claimed by many who, like the roots of the trees of Angkor Wat, were trying to take over.

Walking around the temples and listening to the heavily accented, calm voice of Mr.Bun, I couldn’t get his words about sampeah out of my head. While the gesture is a beautiful and dignified one, it also reminded me of an act of putting oneself “lower” in front of someone else as a sign of respect. But does one really need to be lower for the other to feel like they’re above?

A friend I met few days before my trip sent me recently a poem by Pablo Neruda, starting with the words:

if you do not travel,

if you do not read,

If you do not listen to the sounds of life,

If you do not appreciate yourself.

When you kill your self-esteem”

The words really struck a cord with me when I read them.  I realised I went to Cambodia, to regain my self-respect, to rebuild the self-esteem I lost over last months, having “bowed low” for far too long.  Putting myself down was the beginning of a slow death and I had to start living again.

So, in the footsteps of  Pablo’s advice I decided to appreciate myself. I decided to listen to the sounds of life, to read and to travel.  I may have been in Cambodia for just a  few hours, but having the space to simply be, felt like a lifetime. I didn’t just buy a plane ticket, I bought a way back to myself.  I promised to never put myself below others and reserve the deepest level of  sampeah only for God and my soul. 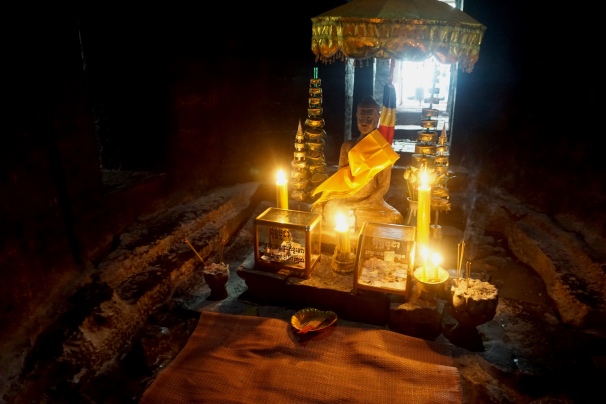